The French Riviera – much more than a beach holiday!

If you are sitting by the window on an aeroplane, definitely look out the window at the moment the pilot announces that you are approaching Nice Côte d'Azur Airport. This is the suggestion of Hannela Tamagno, who has been living and working on the French Riviera for the past 15 years. 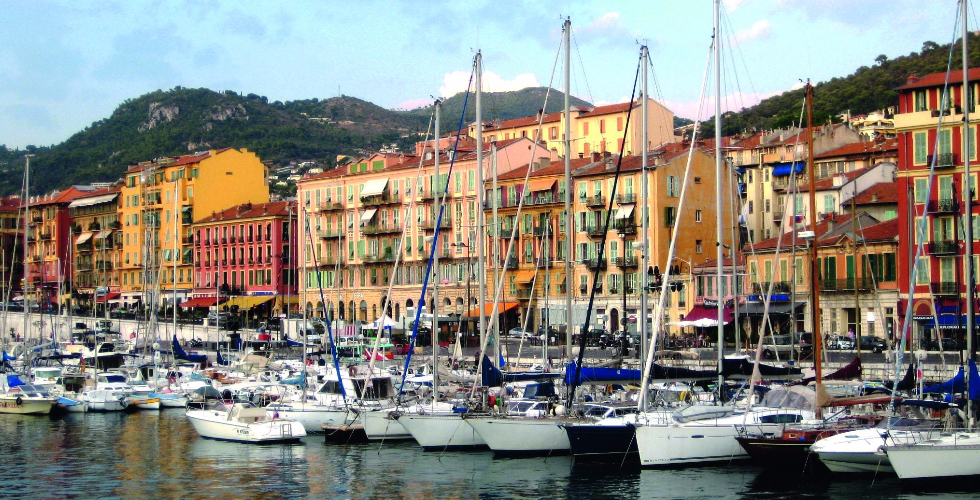 The view that opens from the aeroplane window at this time is enchanting – the multi-tone turquoise Mediterranean Sea, foamy white wave peaks that look like angel wings, the Alps dominating in the distance.

"It is thanks to the combination of the sea and the mountains that the French Riviera has such a pleasant microclimate," says Hannela. The average annual temperature is 16°C, i.e. it is not too cold in winter (it does not snow on the coast!), nor too hot in summer. "The 35°C and high humidity in the July–August period might seem suffocating to Nordic tourists, but it is always possible to flee from it by diving into the cooling waves or escaping to the fresh air of the mountains," suggests the Estonian.

The French Riviera and Nice were together discovered as a tourist destination by the British and the Russians. It is thanks to the British that the English promenade (Promenade des Anglais), which is where every walk in Nice begins or ends, got its name. A symbol and pride of the city, this 160-year-old and 7-kilometre-long seaside boulevard links the port to the airport. 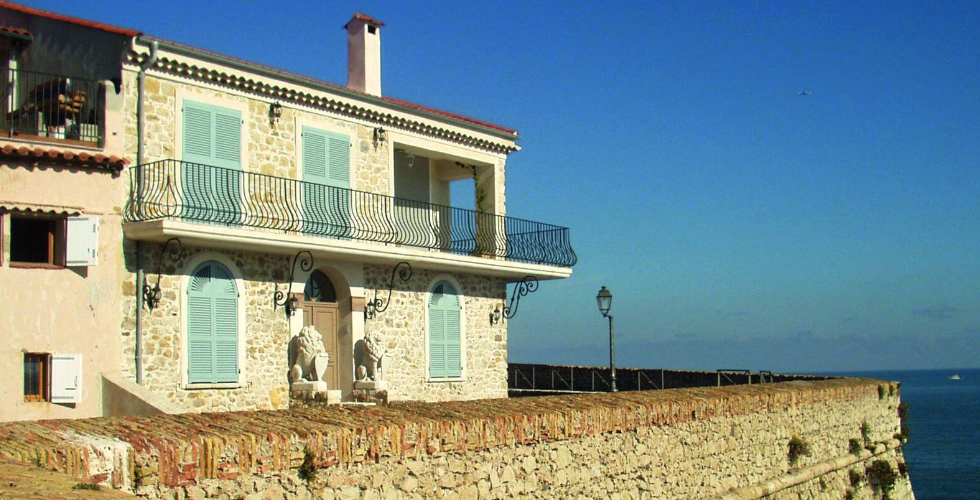 Thanks to the sea and the mountains Côte d’Azur never gets too cold or too hot.

Nice is a perfect launch pad from which to explore the entire Riviera. It does not make sense to rent a car – a car ride during the holidays is stressful and denies you the opportunity to enjoy a glass of the famous local rosé with lunch. Train and bus services are well organized and affordable, although they will take some time.

For those staying here for the first time, I recommend attending the Film Festival in the red-carpet town of Cannes. On the way to Cannes it is worth getting off the train in Antibes and strolling past the marina to the old town. Here you can admire the millionaires' piers with mega ships, views of the surrounding city from the castle walls, and the Picasso museum. It is worth spending a day here or in the nearby Juan Les Pins for those who are longing for sandy beaches (Nice itself has stony beaches).

Juan Les Pins is a name worth remembering for jazz fans, since every year the jazz music festival Jazz de Juan is held here in the second half of July. An open-air stage is set up under the pine trees by the sea, where you can enjoy the mild summer evenings and world-class music, while the sun is setting over the Mediterranean Sea. Formidable or incredible.

After walking around the film festival palace (Palais des Festivals) and discovering the hand prints of the celebrities in Cannes, I recommend climbing up to the viewing platform of Le Suquet from which you can see the entire city and the Esterel mountain range, which has remarkable red-coloured cliffs. In July and August, a pyrotechnics or fireworks festival takes place in the Riviera towns; in Cannes you can go on a boat to watch the fireworks from the sea.

Be sure to plan a visit to the world's second smallest country of Monaco. I would leave visiting its landmark, Monte Carlo Casino Square, until the last part of the day, when large groups of tourists have turned back to the cruise ships. Monte Carlo is at its most impressive just when the sun has set. The darkness is not as dark there because in the light of thousands of lamps, the diamonds are more radiant – the scent of elegance and money is in the air.

I advise taking a boat from the port of Nice to the other mecca of the rich and the beautiful – Saint Tropez. And if you are sick of all the bling, and want to see the mountain villages and picturesque scenery, it is worth taking a train north to Train des Merveilles or Chemin de Fer de Provence.

The legend of the French Riviera was established in the 19th century, and today it attracts people from every continent. Four million tourists travel every year to Nice alone. I do not recommend  that anyone comes here solely for a beach vacation, because the local area is too unique not to be explored.