Gothenburg is a historic, but rapidly developing and progressive city in the west of Sweden, on the coast of the Kattegat. It's green in both spirit and appearance, it's welcoming, friendly and easy newcomers – you could say that this city is very down to earth. The Göta Canal, which creates a mellow atmosphere with its bridges and canals, and offers entertaining boat rides and harbour cafes, divides the city into two.

Gothenburg is both a business enterprise mecca and a lovely family vacation destination. As a typical medieval city, Gothenburg has an ancient church, the old houses of the former fishing village in the Hague district form the old town, and it also has a modern city centre. Unlike other cities, the centre is not full of tower buildings, and several cultural centres are scattered around the city. 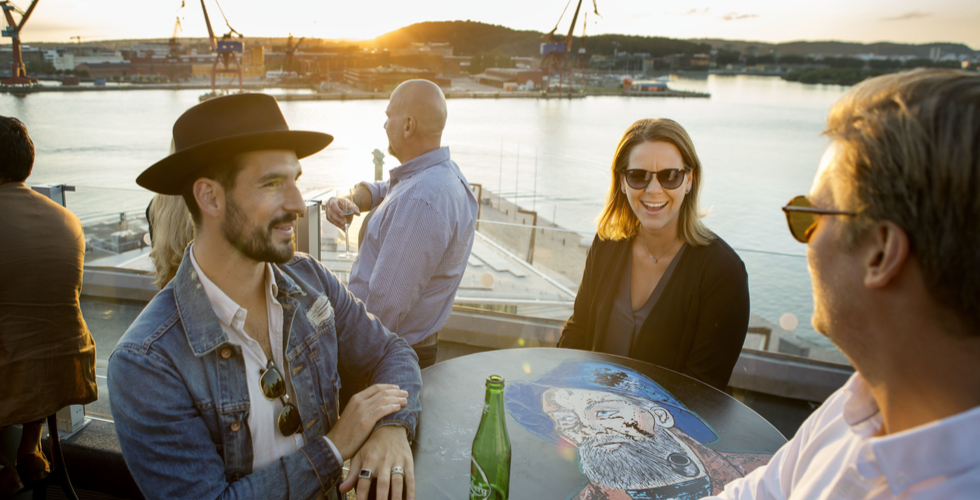 Gothenburg is known as a business city in Sweden. The industrial area is on the northern bank of the river, including the Lindholmen Science Park and the Chalmers University Research Centre.

The roots of many large corporations that were formed in this city are still in Gothenburg. For example, the headquarters of SKF, the world's largest ball bearings manufacturer, as well as the headquarters and factory of the Volvo automotive industry. The Volvo Museum, with car models starting from the very first ones to the most modern ones, is definitely worth visiting.

In the so-called progressive districts, more and more start-up companies are emerging. A lot of hipsters are revitalizing old industrial sites and warehouses, and turning them into modern lofts. This is how Eriksberg, the "dormant" neighbourhood, located away from the city centre was created. Innovation and green thinking are also highly prized in Gothenburg, and this city is often the test site for new ideas. For example, Volvo is trying to develop new models and it is not surprising that Gothenburg's streets are already filled with self-driving cars. 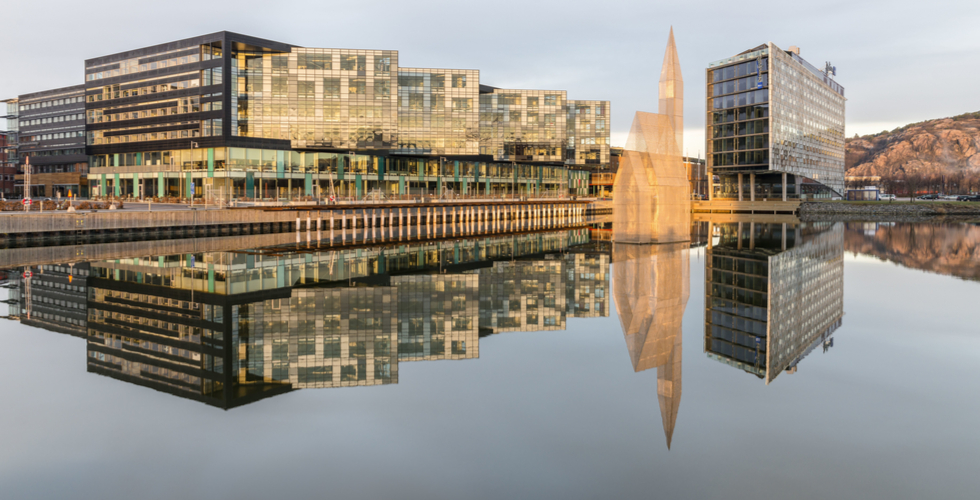 Gothenburg is known as a business city in Sweden. In the so-called progressive districts, more and more start-up companies are emerging.

In Gothenburg, it's customary that the local lounges are filled with people on Fridays starting already from 4–5pm. An extraordinary after-work culture is embraced by the locals, and is why at the end of the week, colleagues will go out straight after work to raise a glass and talk for a few hours. In many places there are special offers and happy hours, where it is almost certain that you will get a free meal with a beer. Sometimes even a tourist can get lucky with this.

The hub of the city centre of Gothenburg is the old market of Järntorget. Together with four parallel streets known collectively as Långgatorna, this is the centre of life in Gothenburg. Here you can find delicious meals and a variety of bars and pubs. Together with the historic architecture in the immediate vicinity and the lovely small souvenir shops in the Hague, they form a relaxed gathering place for hipsters and foodies, where there is room for everything alternative. All this is crowned by the 17th-century Skansen Kronan Fortress on the hill.

In the evenings, it is worth walking along the Kungsportsavenyen, where you can find different lounges and nightclubs. For example, Yaki-da and Park Lane play pop and dance hits. In the northern part of the city, Nefertiti delights jazz lovers with mellow rhythms.

In Gothenbur, it´s customary that the local lounges are filled with people on Fridays starting already from 4-5pm.

Fresh air baths in the city

Next to all the business, there are plenty of opportunities to take time off, relax and have a weekend break or a family vacation. Slottskogen, or castle forest, is a 137-hectare botanical garden in the immediate vicinity of Gothenburg city centre. Entrance to this wonderful park is free of charge, and it also includes a zoo where you can see the typical animals of Sweden. There is also a site introducing traditional Swedish culture, with examples of building styles from different counties, and plenty of room for a picnic. The Way Out West Music Festival is also organized at Slottskogen every year. Half an hour's walk from Slottskogen, next to the canal, there is Scandinavia's largest amusement park, Lieseberg, which in winter turns into a colourful wonderland.

In addition to the river and canals, there is an archipelago located next the Gothenburg area, to which you can take a ferry ride. When in Gothenburg, it wise to buy a 24-hour public transport card, because in addition to the city's tram network and the boats sailing on the Göta, it also covers the ferry to the archipelago. The islands are a great option for a day trip – if the weather is warm, you can have a picnic and go swimming or visit the cafes on the islands.

The islands are a great option for a day trip - if the weather is warm, You can have a picnic and go swimming or visit the cafes on the islands.